Written by Dubai here I come and from Overblog This is how I plan …I’d see something and think hmm can be a nice idea and the next thing you know I’m doing it. In other words, I don’t plan!

That’s how yesterday with a like-minded partner in crime, we looked at the RTA ferries next to the Marina Mall and we thought “ Yeah that could be a good trip”. That was the plan or the non-plan actually…we’d take this water taxi to the newly opened Dubai Canal, we will have a nice walk on the beautiful shore and we will take the metro back home and Boom !! Sounds good ?! Well, we did some kinda planning actually. We asked when the ferry takes off ! and we asked if the kids pay..yeah kid’s were of the party obviously. Ok, I added another level of planning…

Me: “ Is there a metro station next to the water canal?”

I don't even know how the word got out to all our other friends but word of mouth worked wonders. And because that sounded like a super plan, everyone else on the friend's group thought “yeah let’s do it”! And this is how we got a 6months old baby and a not so sure how old great grandma to also join! 4 generations and 20 happy go lucky people all embarked following us. I’m sure if we’d planned it we would still be talking now of where should we meet and how and when and why and crap …JUST DO IT !!!!!The ferry was ok because we couldn't see much but kids had a good time ( so if you want to do this take the morning ferry and not the one that goes after sunset). An hour later and that’s where the plan started looking like a horror movie. The Ferry dropped us in the middle of nowhere! The kind of middle of nowhere that is made of sand and construction and beach behind you! A tribute to good old Tarik bin Ziyad! Google him & his famous saying!...So if you are in Dubai and you want to follow on our paths, add 25 bucks and land in the next station that gets you just inside the canal. Thanks God for our husbands who figured out the way because without them …well we will be calling them “ Hun !! we are lost somewhere we don't know where, can you pleaaase come and get us ???”

The canal turned out to be a good plan because the weather was nice .The only hiccup was that we were not so sure there was a metro at the end “ SHIT” and the way till the supposed metro station was an hour or so away “Double SHIT”.But all in all it turned out to be a very good trip as the Dubai canal is a definite “DO” plan at night …just bring your cars. Opening water fall with sensors for the boats ...Dubai you rock!!!

We passed the blue bridge, the white bridge, and all kind of bridges ( couldn't count anymore), the pink famous water fall that opens up when a boat is approaching. Four hours of walking later, kids dead, not feeling our feet, no food no water, we landed home. But we all slept guilt free because who ever had a booty or a fat belly lost it in the passage and GOD all the group had some extras to lose !! Thanks WHO ?? Finally at the metro station !!! 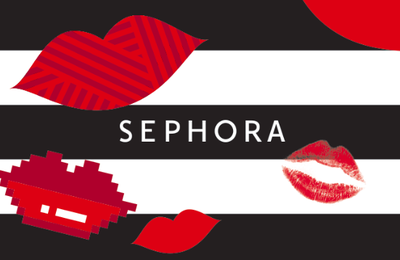 I LOVE LEGO
DSF with Hubby
Sugar free diet ..I'm dying !
Comment on this post
P
part time maids in dubai
07/20/2020 11:05
The main reason for hiring domestic cleaning services company is that cleaning is done quickly and efficiently. This happens because these cleaners ensure that they take very little time as possible in doing home cleaning in order to create another job. While they do quick cleaning, they try whenever you can never to compromise quality service.
Reply
Newsletter
Follow me
Search
dubaihereicome.overblog.com Blog about fashion , work , lifestyle and life in Dubai This blog is a 360 degrees of my life in Dubai . Ups and downs , kids , work , business , fashion...
See the profile of Dubai here I come on the Overblog portal